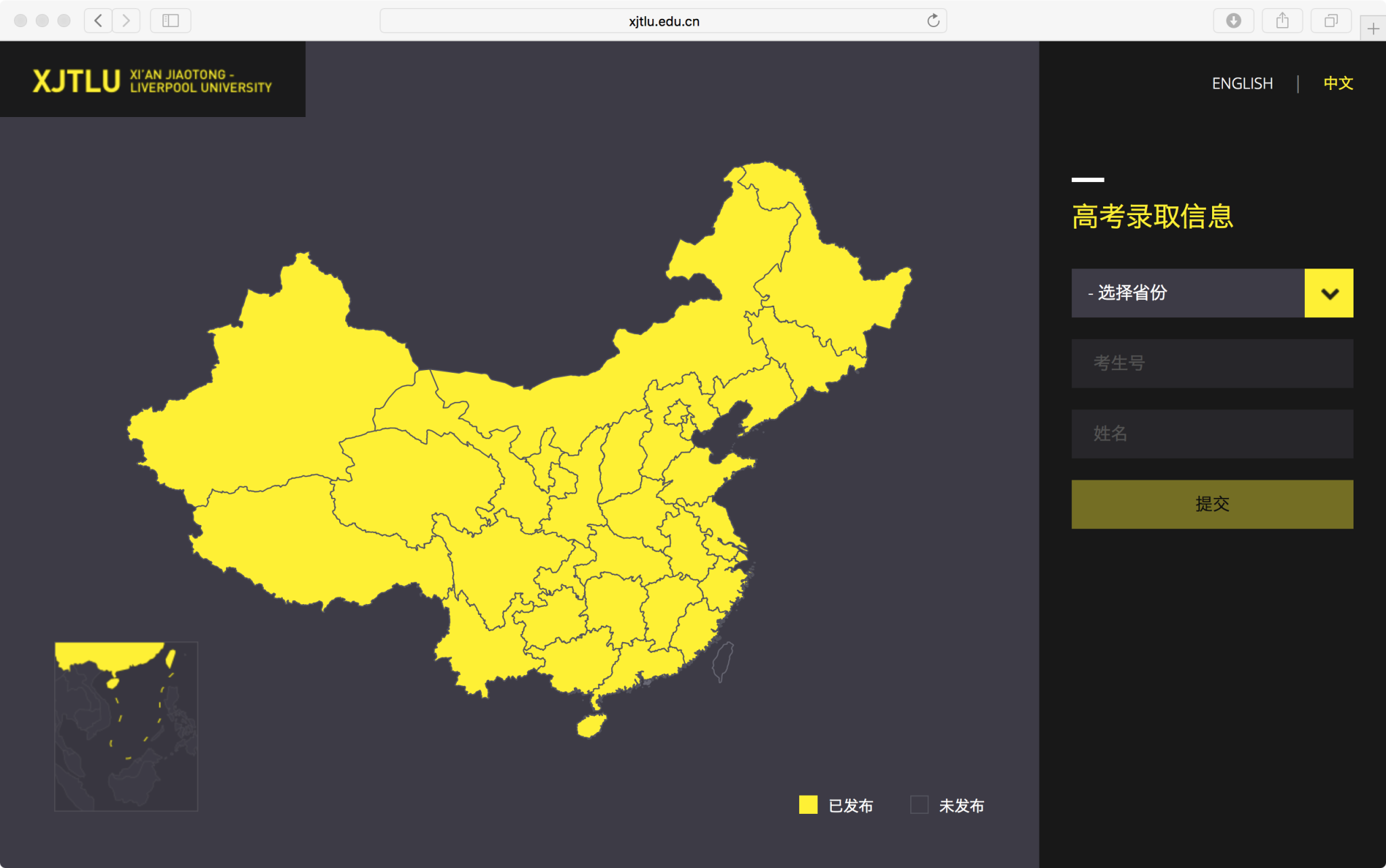 Each year, thousands of Mainland Chinese students sit the national gaokao (college entrance) exam to gain admission into university. As competition for places is fierce, it can be a stressful time for students and their parents. Results can be a defining point in students’ lives.

Exam results are released by government bodies, province by province, over several weeks. When results are announced, students enter their details into a provincial results system to access their grades and, most importantly, to see if they’ve been admitted to their chosen university.

China’s population size, however, means these systems are often unable to cope with the intense volumes of traffic. To ease the pressure on provincial systems, universities such as Xi’an Jiaotong-Liverpool University (XJTLU) have developed their own web applications, catering solely to their applicants.

Xi’an Jiaotong-Liverpool University’s existing gaokao exam admission results system was tired, riddled with bugs, and unable to cope with the greater volumes of traffic reflective of yearly increases in admission quotas. It was also an opportunity to apply the online visual identity developed for the new XJTLU website.

The existing system provided a great blueprint from which we developed the new web application:

It was crucial that access to the web application was quick and easy, and the experience intuitive in order to reduce the number of queries the admissions teams would receive.

As with the XJTLU website, we used a content delivery network to provide a fast and robust experience to visitors.

Statistics we captured from the XJTLU website showed a significant increase in mobile device usage since implementing a responsive design. This data provided valid reasoning to other teams who were sceptical of the benefits of responsive design.

We decided to keep the web application distinct in appearance from the XJTLU website by omitting navigation, footer and other elements, to reduce any likelihood of confusion or frustration. Consequently the page size for the web application is approximately 1,000KB and loads in under 2 seconds.

For speed there are two ways to populate the province dropdown list: click/tap one of the yellow provinces on the map, or select from the list.

The only further information required from the student to obtain their results is their gaokao ID and name.

Xi’an Jiaotong-Liverpool University prides itself on being an international university, and tries where feasible, to present information bilingually in English and Simplified Chinese.

Whilst the vast majority of visitors to the gaokao exam admissions results web application will be Mainland Chinese students and their parents, we wanted to portray the feeling of XJTLU being international by having a bilingual interface.

By choosing either English or 中文 the visitor can easily switch between English and Simplified Chinese languages.

Most of the content has been translated between languages, however to mirror the functionality of the official provincial gaokao systems (and to ensure support for the data provided by the government), the province, gaokao ID and name fields all require Simplified Chinese submissions.

The new web application has been a success, effortlessly supporting more than 100,000 page views across a four-week period and, at peak, in excess of 14,000 page views per day.

I led the development of an admission results web application that allows students to quickly and intuitively check if they've been admitted into Xi'an Jiaotong-Liverpool University.